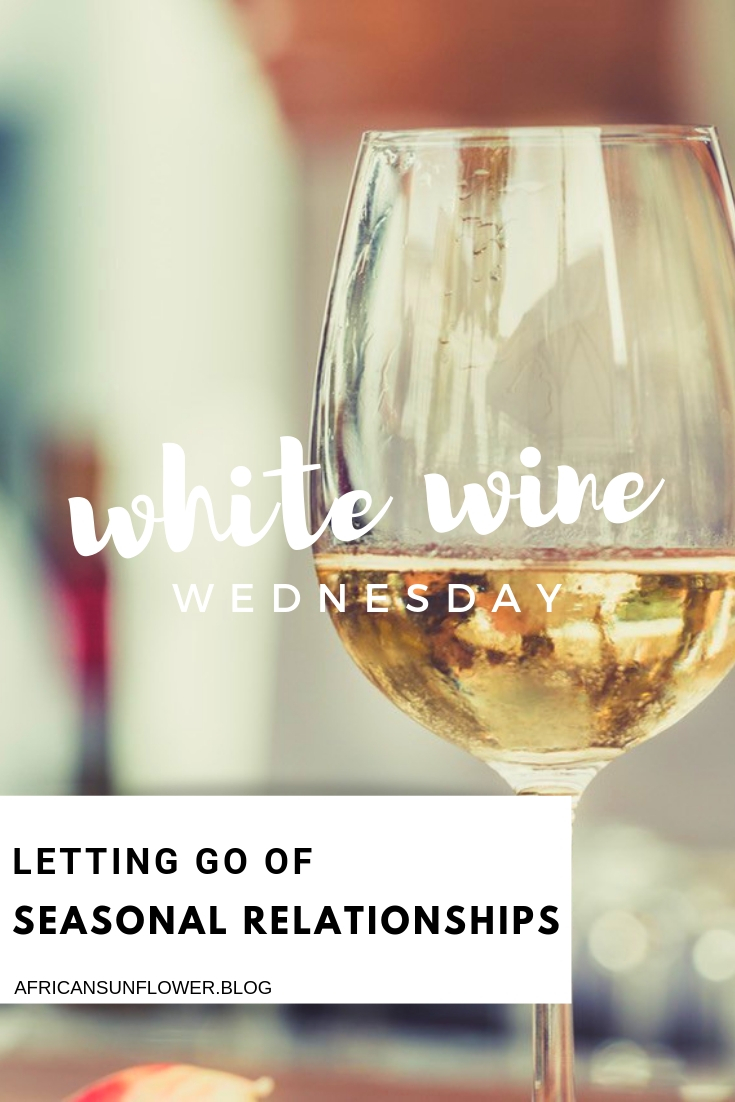 I once listened to a sermon on relationships which was so impactful that I’ve never forgotten about it to this day. In fact, a recent experience I had served to reinforce and remind me of this message so powerfully.

I had this one friend in high school; we were so close guys. Inseparable. It felt like she was a sister to me, blood to my blood. At the time, we were both going through the same phase of the somewhat typical mother-daughter tensions that teens and their parents are prone to endure, and this made us bond and support each other even more. Our fierce loyalty to one another became a glue that bound our friendship so firmly. There was not a time that I would be seen alone without her, to the point where if I was, people – even teachers – would ask me “Where is X?” (We’ll refer to her as X for obvious reasons). We were just that tight.

And then high school came to an end. It was so scary thinking about how we weren’t going have the comfort of seeing each other everyday anymore, and worse off, we were going to be in completely different countries. It’s like we knew things would be different but at the same time, we didn’t want to acknowledge it. After our A’ Levels, we made promises of remaining in touch and always, always making an effort to see each other. We cried and said our goodbyes.

Fast forward to the present. It’s been five years and I’ve only just now reassessed and revalued the foundation of our ongoing relationship because of a particular event which honestly forced me to do so. As the years went by, the dynamics of the friendship definitely changed, and things were nothing like they used to be. Idk, our busy lives and conflicting schedules got in the way, and things were just different. Calls and texts were few and far between, and hopes of seeing each other increasingly dwindled. There were often times that I cried because something great would happen in my life that I really wanted to tell her about, but couldn’t. Our promise to always keep things the same didn’t stand the test of time. It just felt as though there were oceans separating us.

So I recently visited the country she’s now settled in, and as you can imagine, I was bubbling over with the excitement of finally getting to see her at some point. I say at some point because my whole family had traveled to see me too, and I would have to balance spending time with them and seeing friends since I don’t get to see them that often either. Mind you, this was my second visit to her country, and we still had not seen each other at all. Whenever I asked when I could visit her, the response was, “Any time, my house is your house”. I was so reassured by those keen words ufunge. So after a phone call discussing the dates and details of my visit, I knew which days I’d be able to see her and immediately booked my transportation because her city was five hours away and quite expensive to travel to from where I was.

To cut a long story short, there was a slight miscommunication, and it turns out I had booked an arrival date that would no longer work for her for multiple reasons. But because of how soon I was supposed to be travelling, I couldn’t get a refund on the tickets. My only options were to either go on the trip, or to lose all of the money (and when you calculated the rate from Pound to CAD, it equaled a multiplication of chest pains).

When I tell you sis was prepared for me to lose my hard-earned money! Her response was “Idk what to tell you.” My-house-is-your-house went right out the window and with each suggestion I made, it started to feel as though I was begging to pay her the visit, at her sheer inconvenience. I had made the mistake and it would be up to me to fix it. My near-desperation caused me to propose a new travel date that was just one day away from my flight back to Canada, so I was clearly pushing it here. Getting to that point alone made me realize that I was going above and beyond for someone who was not appreciative of my companionship at all. Things had really changed.

This hit me hard. I was utterly shook that, when push actually came to shove, and when I most needed her to fulfill her word, it didn’t happen. I take the blame for perhaps not listening closely enough to the dates given me, but when all is said and done, mistakes do happen and what counts is how people treat you when you’re in a tough spot. Especially when they have all the ability to help you but simply refuse to.

So a few years ago when a particular preacher gave this message on seasonal relationships, and said that sometimes, you meet people who are there to serve a purpose in your life for the season which you are in, I felt that. He emphasized that there are also those friends who are there for a lifetime, and to be honest, there was no doubt in my head back then that she was supposed to be in the lifetime category. However, I later realized that perhaps I had been holding on to the image I had of her, and of us, in high school. I realized that life and circumstances and various pressures can change people, and also that it is easy to say fluffy and beautiful words to someone whom, by virtue of distance, you do not immediately have to prove them to. Putting action to those words is the challenging part.

It was a powerful lesson for me in that strangers and people I was barely close to were going to greater lengths to visit me and arrange plans with me – an eyeopener that revealed the importance of frequently evaluating the relationships and friendships I am in. In case you’re wondering, I didn’t end up making the trip, but I didn’t lose all of my money either, thankfully.

In retrospect, I’m thankful for the way things happened, because I never would have taken stock of the path that our friendship had been on over the years. Looking back now, there are things that I should have noticed that I didn’t, or perhaps refused to, but everything surely happens for a reason. I understand now that we served one another graciously and faithfully for a season when we both needed it most, and now, I only wish her the best that life has to offer as we both move on into different seasons.

The more I grow up, the more these lessons become clearer to me. I no longer mourn the loss of certain relationships, but instead, try to appreciate the growth and teachings from each of them. This, of course, shouldn’t be mixed up with the new-age culture of blocking or cutting people off the minute they wrong you or disagree with you on things, but like I said above, it’s so important to consistently take stock of the direction and function of the friendships you have with people.

If that relationship is not elevating you into your next season of growth, or if it simply doesn’t fit into your current season, let go. Things take the shape that they are supposed to on their own. To this day, I feel an absolute, unwavering peace in finally letting go, because I understand that it’s okay to walk away from that which no longer serves or grows you.

3 Replies to “I Said Goodbye to My Best Friend”

This site uses Akismet to reduce spam. Learn how your comment data is processed.